Xday 10 Europe 2007 Amsterdam Report by the Rev. Dr. Bucky Argyle
I puked in my hair,and havent washed it yet. the contacts, chairman and the moombly arrived on schedule, but i was delayed a day by an unintentional near OBE accompanied by projectile vomiting. "Bob" put us in the white tulip (dont ever stay there). someone took kayleighs bed. after a round of musical beds the maw of despair gaped below. the next day, exausted from the choice to live, i was too lazy to take my fellow mutants to the devival. of course it was in high form, due to our absense. kayleigh argyle is know known as "kayleigh argyle secretly known as PRINCESS PIMPELMEE". i wake with porno dvds under my pillow from the spleen fairy or something (no more shared rooms). buddhas birthday was our devival stand in, an ear full of horrible p.a. sound, incomprehensible speech, people dressed funny, and an idol that looks like it just farted, it was just the same. i dare say we were moved to slack! we were caught later by pope black and the rev. bluerabbit (dont sit by the windows). after a short interrogation we were lead to meet the rev. priest, to bar hop, and to the table with church of satan amyway reps (dont follow pope black). the "shop talk" summed.. "Bob"'s deal is like a million times better than "Satans". they ask for 300 euro and all you get is a lifetime membership. their segue was crap. i dare say we were moved, to leave the table, so we missed the pitch. but it did lead to this revelation - "Bob" beats the shit out of all invisible monsters and spirits of dead guys because of this one simple fact - "bob"s complete manifestation is a stupid graphic. he is ink on paper, pixels in the right combo, bunch of dots, contrasts that adhere in their infinite variation within extremely lax yet sharply specific parameters. there is no doubt if something is "Bob" or it is not "Bob". "Bob" can not change! more real than you or i, so simple and heavy handed even JHVH1 could grasp it. the smears that looked like shit or blood on the ceiling and the wall were just less witty than what was written there. jesus wasnt going to let us off the hook either. bells. big ass, twenty meter away, loud as fuck, bells. more wine and frop with our contacts,and fond farewells. i think i lost a day somewhere. that last night we were shut into a closed bar. kayleigh attempted to out drink two obnoxious irishmen. one was soundly defeated and passed out on the bar, but the plutonium powered one was reduced to possession of a single capacity, that of spewing insults. having not seen him in any other state we were not sure any progress had been made by the time we were finally kicked out. we made our train by some miracle but on the way decided to ditch work for the day as we felt like cats that had been through a full wash cycle. on that note, our cats were alive when we got home. im kicking myself now for not getting more frop while i was there, for i am out, woe is me, oh waily waily.

kayleigh and i "blending in"

not as good as a subg artshow,but ok. 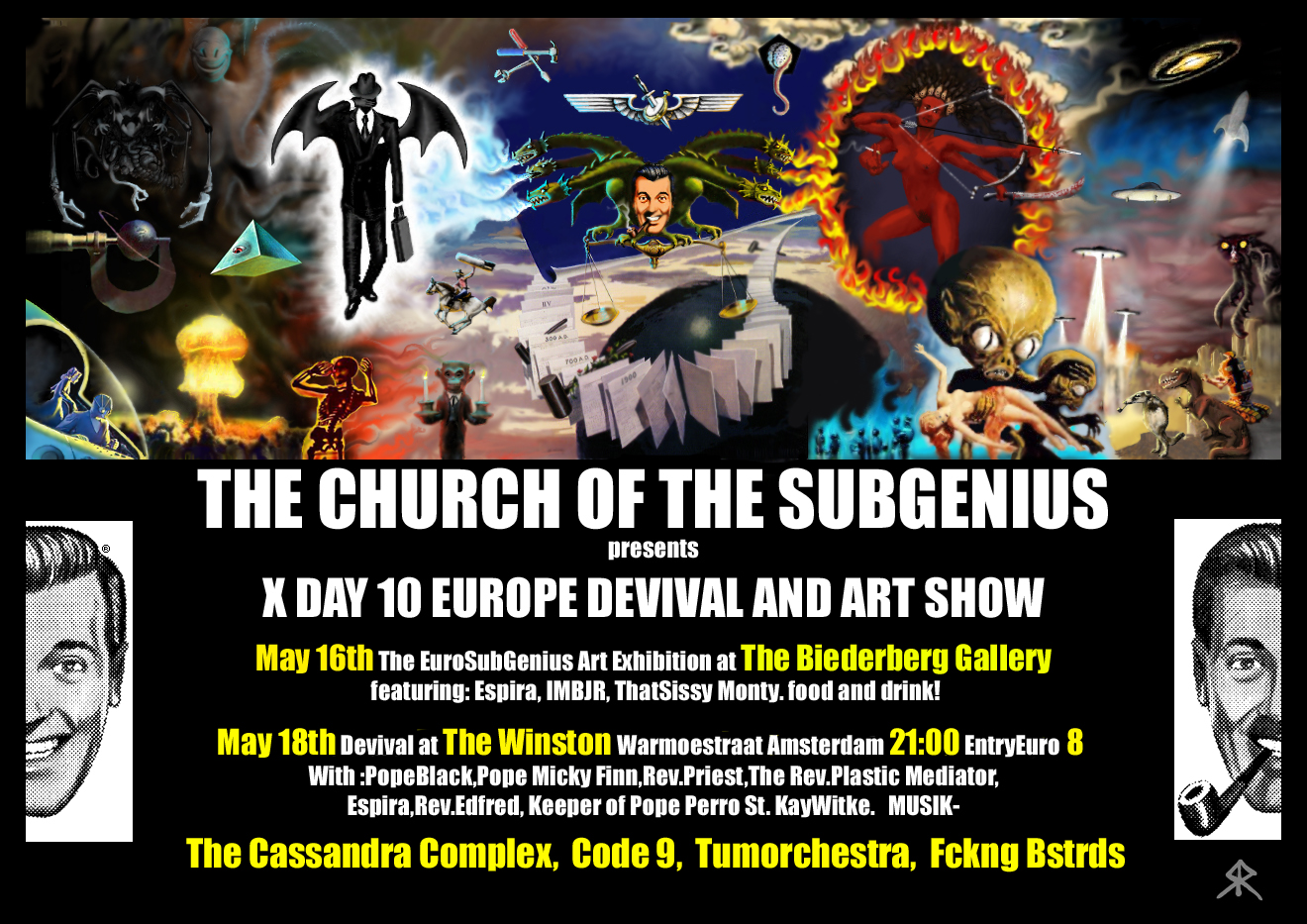 ya, i hear it was a good one